skip to main | skip to sidebar

Michel Foucault (1926–1984) is one of the most influential philosophers of the twentieth century.  Plenty of information about his life and works is available on the internet. However, this write-up provides a simplified overview of his complex and yet extremely exciting ideas, which might help a beginner to start reading his dense texts.

( For his biography click here.  Two websites michel-foucault.info and foucault.info are very useful. Stanford Encyclopedia entry is also useful. The documentary on his life is available online.)

Foucault who began his research in philosophy and psychopathology was intrigued by the phenomenon of madness in the western civilization. Though the west was familiar with the phenomenon of madness right from the Greek times and they were represented in the plays and other texts, the scientific and disciplinary study of the phenomenon begins only in the nineteenth century. However, before this process of objectification of mad people, the processes of their social exclusion and confinement began in the seventeenth century.

This historical observation has multiple implications:

What was madness for the Greeks was not what madness was for the Elizabethans (famous examples of Lady Macbeth, Hamlet or King Lear comes to my mind) and it is no longer the same thing in the nineteenth century.

This implication applies to other cultural phenomenon or societal categories like ‘ literature’ ‘sexuality’ , ‘punishment’ ‘ author’ or even ‘ human body’ and ‘ man’  which are often considered invariable  and essential  ( ahistorical). Hence one of the gestures of Foucault is to demonstrate that these categories are historically variable across cultures and periods. Foucault goes on to analyze social mechanisms that brought about these shifts in meaning and functions of these categories. 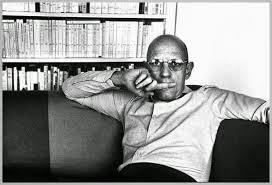 Foucault’s classic essay ‘What is an Author?’ treats the whole category of ‘ author’ as a variable and constructed category whose function he goes on analyze. Apart from madness, Foucault maps these shifts and functions of other social categories like sexuality, punishment and governmentality.

1.1  This implies we need a different model for understanding history and practicing historiography.  In contrast to the linear model of history based on some idea of ‘ progress’ or ‘development’ which begins with some point of ‘origin’ and ends with ‘ contemporary’ point, we need a model of history which does not privilege the idea of origins , essences, identity and ‘ development’, in short a non-teleological model of history. Foucault turns to Nietzsche’s idea of ‘genealogy’ which underscores non-identity, discontinuity and is not based on the ideas of origin or progress. Foucault, like Nietzsche also emphasizes the role of writing history to impact the present times, i.e. the idea of “effective history”.  See his essay, "Nietzsche,Genealogy, History".

Foucault’s treatment of the idea of author, madness or sexuality is hence, ‘genealogical’.

2.0  The emergence of the disciplines of knowledge like social sciences of psychiatry , linguistics, anthropology  and the reduction, subjugation, marginalization, domination of people as ‘ the object of study’, their ‘ othering’ (e.g colonialism)  are not two distinctive or divergent phenomenon but proverbially “ two sides of the same coin”. That is, both these phenomenon are produced by the same underlying social and historical mechanisms. Hence the task of a historian of ideas is to uncover these underlying social mechanisms or the epistemological grids, specific to the historical periods (Foucault calls such a grid ‘episteme’). Such an operation resembles structuralism. However, Foucault terms it ‘archeology of knowledge’.

The domain of knowledge and the domain of exercise of power are not seen as mutually exclusive. This brings us to the next great Nietzschean theme in Foucault’s writing of ‘Will to Truth’ being inseparable from ‘Will to Power’.  Foucault uses the term ‘discourse’ in a specialized sense to indicate a unified mechanism of producing, circulating, consuming and controlling both knowledge and power. In Foucauldian view, most of the social categories seen as universal, pre-discursive and constant by the ‘common sense’ are actually products and effects of discourses or are ‘discursive constructs’. 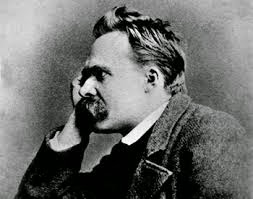 This means we have to radically rethink what we mean by both knowledge and power.

2.1     We cannot see knowledge as a great ‘ascetic’ renunciation of material power or something which is distant from political domain, nor can we see knowledge as inherently liberating, emancipating and benevolent.

We will also have to rethink what we mean by modernity and the Enlightenment is. We cannot think that modernity is something which is better than previous periods like the Middle Ages (as many Marxists, neo-Marxists or even progressive liberals do). This skepticism makes Foucault a ‘postmodern’ thinker who questions the very basis of progressivism.

2.2   We cannot think of power as something which is operating ‘top- down’ from the State onto people, nor can we think about it as being merely coercive or repressive (as many Marxists, neo-Marxists or even progressive liberals do).  Power is pervasive and creative. It produces knowledge, disciplines, institutions, even selves and people.

Foucault sees power as ‘actions which control and regulate other actions’. These actions may be on one owns actions or the actions of the others. One of the concerns in Foucault’s later works is to see how people use power/knowledge to shape and manufacture themselves and their lives (biopolitics) and govern themselves in contemporary times. 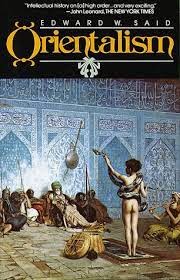 Foucault’s influence in contemporary culture studies and social sciences is immense. One of the most influential and famous application of Foucault’s theorization is Edward Said’s Orientalism ( 1978) which argues the discipline of producing knowledge about the East ( Orientalism) cannot be seen independently of project of colonialism and that the whole discourse of producing knowledge about the East actually produced the East as an object to be dominated and consumed.  Said’s book inaugurated contemporary postcolonial studies.

The idea that gender and sexuality are not ‘pre-discursive’ givens or universals but are discursive constructs whose effects and functions vary historically and socially and are open to archeological and genealogical analysis which Foucault elaborates upon in his classic History of Sexuality volumes (1976-84)  are central to contemporary Gender and sexuality studies. 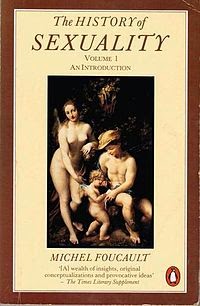 Many scholars have been extremely critical of Foucault.

The German historian Hans-Ulrich Wehler attacks Foucault of being historically inaccurate and having tendency to oversimplify. Nancy Fraser claims that Foucault's work is a mixture of "empirical insights and normative confusions". Richard Rorty points out that Foucault's 'archaeology of knowledge' is fundamentally negative, and thus fails to adequately establish any 'new' theory of knowledge per se.

One can look for more information on Foucault- Habermas Debate and Foucault-Chomsky Debate.